Building Foundations for the Future

The psychological pillar encompasses the athlete’s state of mind before, during, and after the game, alongside the athlete’s social interactions with their coaches and teammates. At CUKI we focus on personality, leadership ability, mental preparation and making the correct decisions.

The technical pillar addresses the technique of an athlete. This includes the athlete’s skills, fitness and form. The technical component is simple, the ability of a player to manage the ball individually. It is essential young players develop a relationship with the ball, one where successful manipulation and retention of the ball becomes second nature.

The tactical pillar relates to how a player understands their role, formations and awareness. Players can begin to rely too much on inexperienced tactical plays in the pursuit of winning relatively meaningless games at early ages. The advantage of focusing on technical work early, and then only introducing the most basic tactical ideas is that ball mastery and a general understanding of the game itself opens up a much larger range of tactical possibilities later. 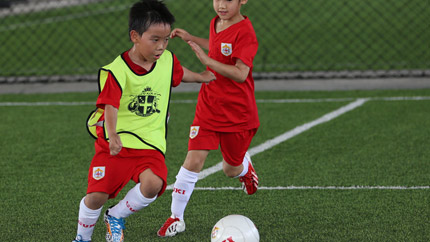 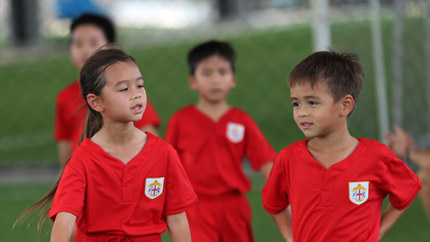